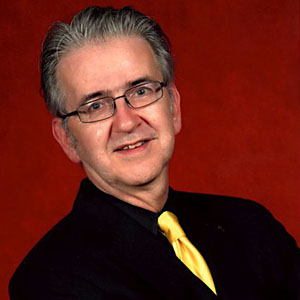 “…I gained a deep appreciation for the oneness that characterizes the local churches.”

My first encounter with the “Lord’s recovery” occurred in May 1967 as a member of The People’s Church in Toronto, Canada. Oswald J. Smith, the Senior Pastor, had invited his friend Witness Lee to address the annual World Missions Conference. I remember wondering what this short, quiet man who spoke English with a Chinese accent was going to say! His message inspired me to read The Normal Christian Life by Watchman Nee, and I soon realized that for those in North America it was perhaps describing “the abnormal Christian life.” Witness Lee’s wisdom had already begun to impact me.

As a teenager in the Christian and Missionary Alliance Church (C&MA), Avenue Road, Toronto, where A. W. Tozer ministered for a few years, I developed the deep conviction that Christ must be Lord of all, or He is not really Lord at all. I also developed at this time a deep love and gratitude for the great hymns of the Church, many of which providentially found their way into the hymnbook used in the local churches—indeed, thirty-nine of C&MA cofounder A. B. Simpson’s hymns (more than in the C&MA’s own book, Hymns of the Christian Life). Combined with Oswald J. Smith (who has two hymns that he penned in Hymns (LSM)) and his teaching that “no one should hear the Gospel twice until everyone has heard it once,” and that “One in twenty of our members should be engaged in full-time service,” I was a prime candidate for the teachings of Watchman Nee and Witness Lee! Like many believers who have encountered the local churches, however, I also encountered severe critics of the move of the Spirit through these devout gentlemen and was influenced to avoid further affiliations with them or their fellow followers of Christ.

Fast forward to 2003 and the Christian Research Institute (CRI). After many years of distributing literature denouncing the central teachings of the local churches as aberrant, if not heretical—literature that even facilitated China’s imprisonment of disciples within the local churches—CRI, under the leadership of Hank Hanegraaff, initiated an in-depth re-evaluation of the teachings of Witness Lee and the local churches. After several years of intensive grappling with primary sources and personal dialog with countless followers in multiple countries, CRI published an historic 64 page special edition of the CHRISTIAN RESEARCH JOURNAL titled “We Were Wrong.” This publication has been translated into more than a dozen languages, and more than 150,000 copies are in circulation world-wide—the complete magazine is posted on CRI’s website at equip.org/localchurch.

In 2008 I had the privilege to participate in a conference in Jacksonville, Florida, with more than 1,000 believers from various parts of the USA and the world. Leading ones had invited several of my CRI colleagues and me to observe the conference. That experience profoundly moved me, and in those few short days I gained a deep appreciation for the oneness that characterizes the local churches. Upon my return to Charlotte, North Carolina, I immediately sought out the meeting hall of the church in Charlotte and began to enjoy the believers’ fellowship locally. Now four years after the Jacksonville experience I personally am connected with this move of the Spirit of the Lord and share in the worship, witness, and oneness that exemplify the joy of brethren dwelling together in unity.

For several decades I have been very much involved in “church” and have served in many capacities, and have learned and grown much. Now with the added voluntary discipline, I have moved deeper into “church-life” and my joy has increased. As we know, a walk with the Lord is like attending a school from which one never graduates!

“Because life and truth (really) matter,” I am pressing on and running the race more equipped today.

I defer to Hank Hanegraaff, Elliot Miller, and the scholars at the Institute to affirm the doctrinal orthodoxy of the Lord’s recovery. But I can attest to the genuineness of this move of the Spirit on account of the love, joy, and peace of Christ I have personally witnessed and experienced in countless gatherings of the body of Christ throughout this continent and around the world. I have “tasted and seen that the Lord is good.” I have been in homes, in meeting halls, on university campuses, at conferences and conventions, and at full-time training centers. I have traveled from Boston to Beijing; from Taiwan to Texas; from Canada to Chile and it is always the same—“see how they love one another!” “Jesus is Lord!” “He must increase and we must decrease.” To be demonstrating and declaring the unsearchable riches found only in a deep, personal relationship with Christ is the heart-beat of the followers I have met within the local churches. All for the Glory of God—being engaged in the process of lifting up Christ so that all men might be moved from ”lost” to being “found” in Him.