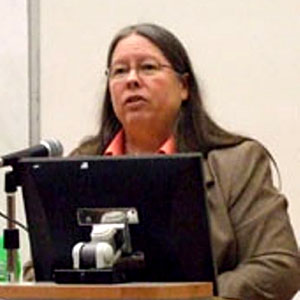 Gretchen Passantino-Coburn, M.Div. is Co-founder and Director of Answers in Action (AIA) and former senior research consultant and editor for Christian Research Institute (CRI, under the founding leadership of the late Walter Martin). Gretchen’s published works include Witch Hunt and Satanism in the Zondervan Guide to Cults and Religious Movements Series.
answers.org

I am among a very small group of experts on the controversy regarding the teachings and practices of LSM and associated churches and individuals who have carefully studied its theology over a broad chronological span of publication and practice. To the best of my knowledge, the Christian Research Institute, Fuller Theological Seminary, and Answers In Action are the only American organizations with this track record. CRI, Fuller, and AIA have all concluded that previous determinations of heresy (including ours) lodged against LSM and associates on essential Christian doctrine were in error and that LSM and associates are fully within orthodox Christian biblical theology in all areas of essential belief and practice.

A number of mostly American cult theology experts immediately and completely rejected our re-assessment of the orthodoxy of LSM and associates, using as their basis the work done in the 1970s and 1980s which we believed our more recent re-evaluation had exposed as inadequate and in error (even our own previous work). Most of these experts had done no original research at any time on the teachings and practices of LSM and associates. None had conducted contemporary comprehensive re-evaluation and research. This rejection was summarized in an “Open Letter” (2007) that repeated the early criticisms and failed to produce any new criticisms as well as failed to present any new research or evaluation. Many well respected Christian leaders were persuaded to sign in support of this “Open Letter,” although the vast majority of signers had never researched or evaluated the LSM and associates teachings for themselves.

I am confident that my re-evaluation of the teachings of Witness Lee, LSM, and the churches and individuals associated with them, and of the practices of the churches associated with LSM, demonstrates clearly that they are orthodox in all areas of essential Christian doctrine and practice, validly expressing the Body of Christ as do all orthodox Christians. I attribute my previous erroneous evaluation to a variety of unwitting misunderstandings and misinterpretations of LSM material on my part and unwitting miscommunication of LSM teachings and LSM misunderstandings of American evangelical theology. By taking the time and effort to carefully re-evaluate what we had researched before, to interact repeatedly and in-depth with LSM and associates, to include differences of experience in the Chinese church and cultural/social context, and to include the wealth of new publications and the fruit of the churches over two generations, we have a much better documented, interpreted, and analyzed study fully supporting our affirmation of orthodoxy in essential Christian doctrine.

Our (CRI and AIA) conclusion was made public long before the “Open Letter” of January 2007 and to this date (August 2012) I am aware of no one among its composers or signers who has undertaken to interact with us directly regarding our research or who has undertaken an independent primary research project covering the wealth of original research, publications, and personal interactions we have. Multiple signers have asked their names to be removed from the “Open Letter,” but its posters only honored a small number of requests and refuse to remove any other signers, even at the request of the signer.

Unless or until a credible expert on cult theology undertakes the re-evaluation and contemporary research conducted by CRI, AIA, and Fuller Theological Seminary, our affirmation of the LSM and associates orthodoxy stands. At the very least, honorable signers of the “Open Letter” who cannot take up the challenge should be willing to rescind their support of the “Open Letter,” acknowledging that it does not represent their own researched and tested analysis and conclusion. Those responsible for the Open Letter should honor the requests for removal made by any and all previous signers. If, as our re-evaluation and research has shown, the brothers and sisters associated with Witness Lee and Living Stream Ministries are our brothers and sisters in Christ, then continuing to label them as heretics wounds the whole Body of Christ.