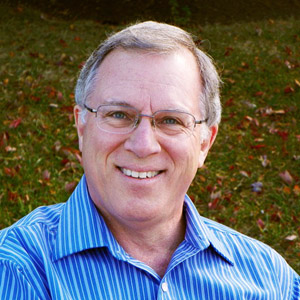 John H. Armstrong is the president and founder of ACT 3, a mission for equipping leaders for unity in Christ’s mission. He is an adjunct professor of mission at Wheaton College Graduate School and the author/editor of twelve books, one of which is the much reviewed and discussed book, Your Church Is Too Small: Why Unity in Christ’s Mission Is Vital to the Future of the Church (Zondervan, 2010).
act3network.com
johnharmstrong.com

“…do not believe a testimony against any other Christian teacher or group until you have carefully heard the whole matter and weighed the preponderance of evidence.”

Almost a decade ago I became aware of numerous accusations circulating against Living Stream Ministry (LSM), especially against the teaching of the late Witness Lee and Watchman Nee. At the time I only knew about Watchman Nee, most of which was based upon his popular books on living in Christ. I profited from Nee’s work as a college student in the late 1960s. But the conversation I heard around 2000 was influenced by evangelicals I deeply respected.

These accusations made me very cautious about LSM and the writings of these two Chinese Christian teachers. I assumed that the work of LSM was at best unhelpful and, at worst, profoundly dangerous. At that time I did not bother to carefully study the charges against LSM or the answers they offered to these charges. I would eventually learn a great deal from how this impacted my life over the ensuing decade. One example stands out to this day–do not believe a testimony against any other Christian teacher or group until you have carefully heard the whole matter and weighed the preponderance of evidence.

I made a choice, knowing full well that I could be misunderstood, to sit down and listen to some of the brothers from LSM. I began to carefully read the interchanges between supporters and critics alike. I studied a good deal of evidence, especially as it related to the core doctrines of Christ’s two natures and the holy Trinity. I found nothing against LSM that was not satisfied by careful study of their doctrine. I also came to love many of the brothers from LSM that I spent time with in conversation and prayer. This has led me to continue to listen to and study this dialogue.

My conclusion is simple and straightforward–LSM is not guilty of denying any essential Christian truth that is a basic part of historical orthodoxy. While I have minor reservations about some of LSM’s ecclesiological conclusions I do not think these rise to the level of false teaching. For me these differences provide a basis for ongoing dialogue in the love of Christ.

I have come to see that these brothers deeply love the church. Their practices make some American Christians uncomfortable. I believe American Christians, in general, should be more uncomfortable with their easy-going, deeply individualistic relationship with the body of Christ. Given the need for genuine contextualization there is still work to be done but I am confident that LSM is not denying anything essential to following Jesus Christ in faith, hope and love.